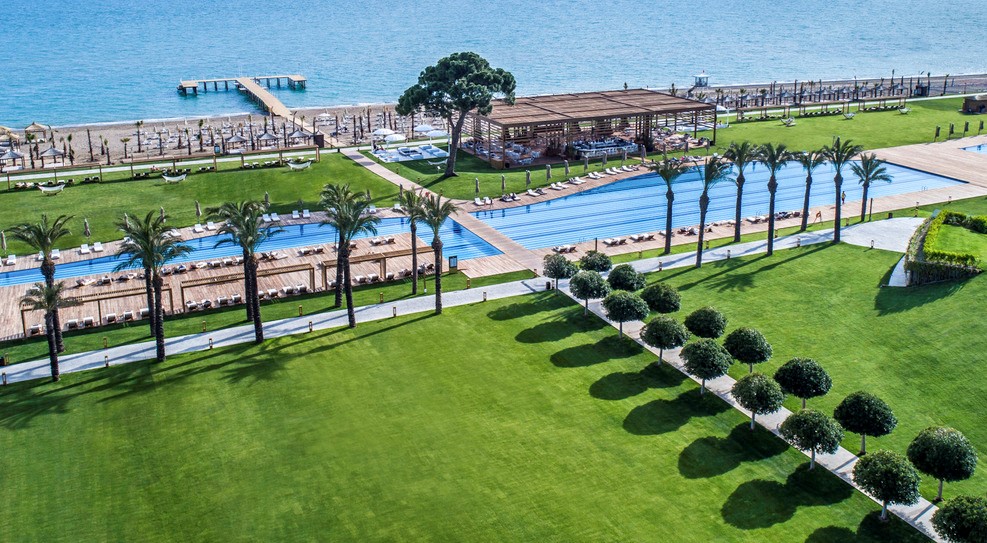 Belek is Turkey's premier golf resort with its spectacular long, golden sandy beaches, and a backdrop of mountains.

Belek is Turkey's premier golf resort with its spectacular long, golden sandy beaches, and a backdrop of mountains.

Golf is, in fact, one of Belek’s main reasons for existence. The plan was to attract avid golfers from around the world to a Mediterranean resort planned with golfers in mind, but also close to many other attractions.

Hundreds of villas large and small compete for road frontage and water sources with the large hotels. Like the large hotels, the villa compounds are gated communities open only to property owners or guests. This makes it particularly well adapted to the security requirements of important world meetings, such as the G-20 meeting of presidents and prime ministers that took place here on November 15-16, 2015.

Belek has a small town center with municipal buildings, a city hall, various services, and shopping streets. Modern replicas of ancient Roman aqueducts and arches are common decorations in the city  center.

Transportation among resorts, and to and from the town center and nearby sights, may need some planning. The Tourism Center covers a large area, the roads can be confusing, and the signage, while helpful, is often inadequate.

If you’re driving your own car, allow some time for wrong turns, dead ends and asking directions. If you’re coming by taxi, expect the fare to reflect the relatively long distances covered.